I always thought standing in front of surrounding mirrors, an alterations seamstress, my mom, and my mom's best friend--in my underwear--would be stressful. Well, it isn't anymore. I went for my first fitting for my wedding gown a couple weeks ago. It almost fits like a glove already and I love it. But besides that, I didn't mind the experience at all. Stripped down to my underwear at a healthy weight, I felt good and proud instead of anxious. I even told my mom's best friend, "I have boobs now!"

It's not as though this is a completely new revelation. I've been healthy for a year now, and on my way with recovery for about 2 years, but I've also been getting progressively healthier this past year. When I looked in that mirror a couple weeks back I was so glad that I could walk down the aisle for my wedding in less than 3 months and look the way I do now instead of the way I used to look. I couldn't stop smiling.

It's obvious that part of being comfortable in a situation in which your body is on display involves being comfortable with yourself. And by "yourself," that includes your body. I used to have mixed feelings about my body at best, but now I like it. Don't get me wrong--I still have mixed feelings at times--but I'm happy with myself now. God, I used to be miserable! Absolutely miserable and anxious. Now I feel like a completely new woman. I wouldn't call it a transformation as much as I'd call it an adaptation--a revision of myself. I'm still me...just a better me. A happier me. A healthier me.

2008 is a new beginning. It's a brand new year that's clean and blank and just waiting for you to do something new with it. So make a conscious effort to do something different from the usual things that haven't brought you happiness in the past. It's worth a try. You have nothing to lose and everything to gain. That sentence in itself may be psychologically triggering or scary. Forget about words and concepts for a moment. Just think about yourself. There is so much more to you than words and numbers and concepts.

What do you want 2008 to be about? Don't make a list for yourself of everything you want to accomplish or hope to gain. Then if you aren't able to check things off your list you will feel you've failed or that your year is somehow incomplete or has not lived up to its full potential. Just choose one thing...one thing you want to do or attain or become or understand or feel or realize or complete. Just one. Make it a good one. And make 2008 about that thing. Don't make the mistake of becoming too focused on that one thing. 2008 has a lot to offer you and everyone; it shouldn't be about obsessing over one particular thing. But keep a goal in the back of your mind and work toward it when you can.

And one more thing...
This year, try to learn from yourself.

That's it. Don't try to analyze yourself. Don't try to emulate others. Don't try to find the answers to everything you have a questions about. Simply learn...from yourself. There's a lot to learn. The first step to learning is listening. Listen to yourself. Even if you can't make sense of yourself, listen. Learn.

Because it's true...everything starts with you.
Posted by Arielle Bair, MSW, LSW at 10:09 PM No comments:

2007 is over now and it was the healthiest year I've had in a long long time. Even as a kid I know I often was far too skinny for my own good, though I wasn't yet aware of the way in which my issues were manifesting themselves. I was feeling so thankful for having such a great year--a year of health and happiness, complete with an engagement, buying a new home with my fiance, and planning my wedding...then I realized--I'm not just thankful--I'm proud of myself too.

I'd go as far as to say that 2007 was my best year to date. I know that part of that is because of all the wonderful things this year has brought me, but a large part of it is because I was in a good place...a place where I could enjoy them. I was not obsessive, I was not anxious, and I was not unhappy. It took work to get to this place. I think, at times, I felt I was there before I really was. But now, I know that I can safely say I am in a good place. A place of which I can be proud. A place I can call home. I place I can call life.

At about 25 pounds heavier than my lowest weight, I feel healthy. I like my body. I still have my moments where I grimace when I look in the mirror or where I sigh when putting on a pair of pants, but these moments are fleeting and I do not think about them after. I think a lot of women, eating disordered or not, feel this way sometimes. But all in all, I like my body the way it is. It's pretty. It's me.

I'm still considered slender, but I have breasts now. I have shiny hair. I have legs that have shape. I eat right, I have snacks when I want to, and I work out--but not in excess. I'm taking care of myself. My stomach is still flat, but now I have enough body fat to be able to have a child. Before, when my body fat percentage was dangerously low, it would have been impossible to conceive. I had to buy new pants. It stung a bit at first, but in the long run, I'm glad. I told my best friend proudly that I had to get rid of some size 0s and 1s that used to be big on me because I couldn't even zip them up. I rejoiced in filling out my bras again. I look good, not ill. But most of all, I look happy.

I looked at old photos the other night...photos in which my collar bones jutted out grotesquely and my face looked drawn. I saw photos of me--of a concave stomach, a torso with protruding ribs, legs that were sticks and not feminine. I was so sad for that girl. Until I realized that girl is me--and I'm okay now! Better than okay. I don't know if it's strange or not, but I keep those old pictures of myself in a special folder on my computer so I can look at them when I want to love the body I have now. When I want to remember what it was like to be sad, dejected, hungry, and plagued by something I could not shake.

And now, when I look at those photos, I can tell that poor girl that it's going to be okay. Because it is. It really is.
Posted by Arielle Bair, MSW, LSW at 9:56 PM 5 comments:

You Are A Beautiful Flower

Today I was looking at a flower and thinking. I was thinking about the flower in reference to self-destructive behavior and/or thought.

Think of yourself as a flower. And every time you think or say something bad about yourself--or do something bad or negative to yourself--you are ripping a petal off. If you do it enough, pretty soon you'll have no petals left...and you'll be just a stem with nothing left...or worse yet, you will die.

I know that I want to be a beautiful flower, not a dying stem. What about you? 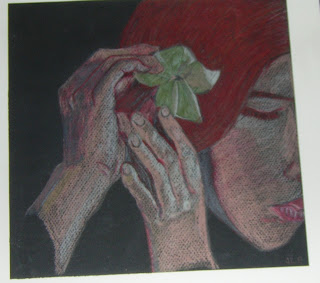 Honored as a top resource for eating disorder treatment, recovery, and awareness.

Here I seek to turn tears to words in an effort to heal, share, and help in the simplest of ways. There is life beyond an Eating Disorder; I have found it. But I still know and feel the pain and suffering eating disorders carry with them. I can't forget, but I can write. Every day It is there--that terrifying It that tries to get a hold of so many others. Sometimes It succeeds, sometimes It does not. But words are tools. Turning tears to words is where it starts.
EMAIL ARIELLE

Arielle Bair, MSW, LSW
I am a woman with a story, a voice, and a commitment. I am dedicated to helping others and I have a sincere passion to be, at the very least, an understanding voice amid the pain of eating disorders and all that they bring. I know that health--mental, physical, and emotional--is possible. I'm an MSW, LSW, recovered individual, ANAD Eating Disorder Support Group Leader in the Lehigh Valley area, Family & Eating Disorder Resource Liaison, Speaker, wife, proud member of EDAN (Eating Disorder Activist Network), Wednesday Host of the WeRFreEDomFighters Channel, and geriatric social worker. I wear many hats and those are just a few. I have a goal, and that goal is to share, care, and write the words that make sense. I hope that you will share, care, and write along with me.

View my complete profile
Take a step in the right direction...

Curious about this site's author? Follow her personal blog here: 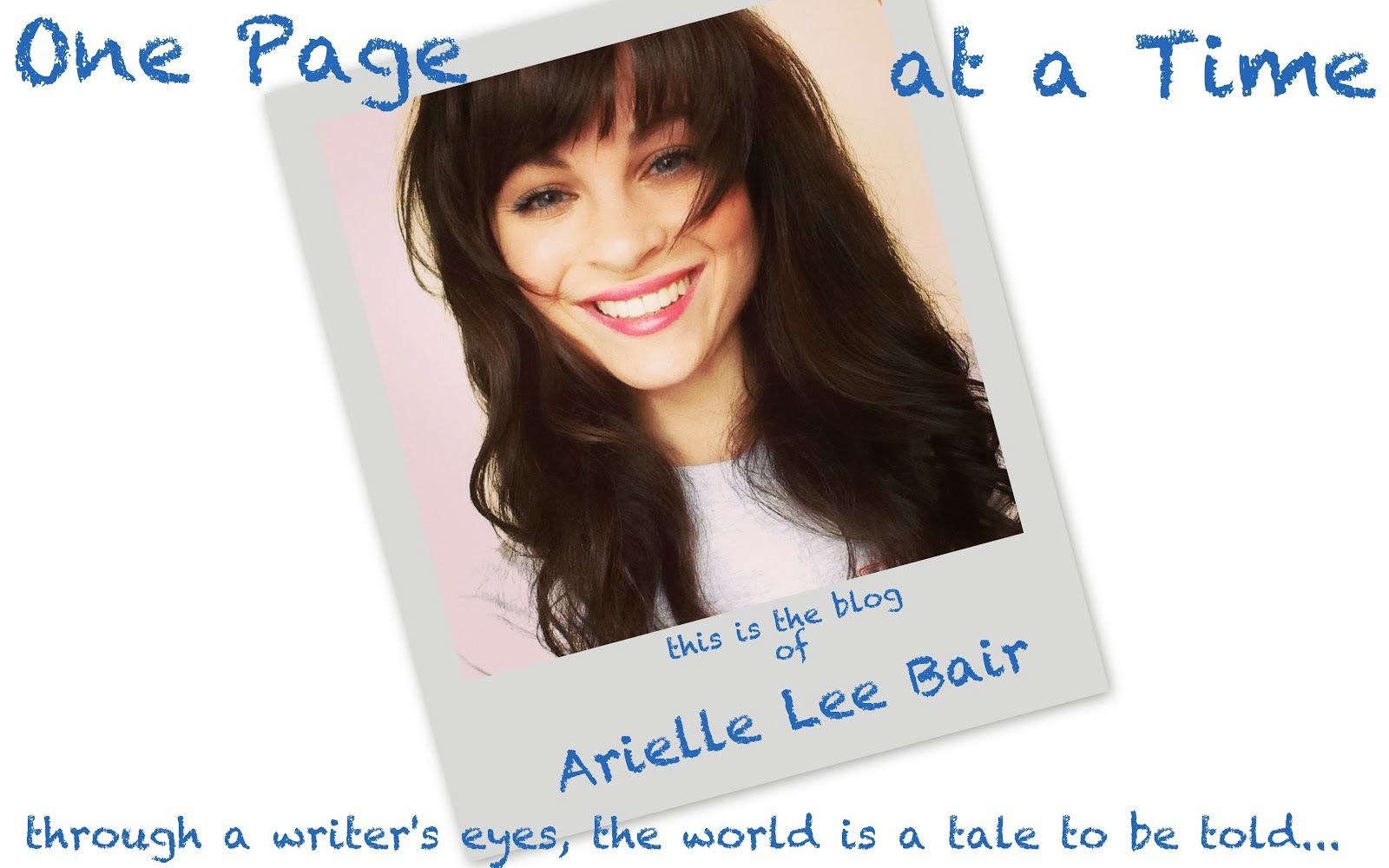 Read "A Salute to Arielle" by John B. Marine at

Gurze Books ED Blogs Showcased Me Along with Aimee Liu!

A BIG Mention by EDRS, Inc. So flattered!

Read the write-up about me and my blog at

"EDDigest" via Rachel in Google Reader

Actively Arielle: A Voice with a Commitment